Title: A Gathering of Shadows (Shades of Magic #2)

Now, restless after having given up his smuggling habit, Kell is visited by dreams of ominous magical events, waking only to think of Lila, who disappeared from the docks as she always meant to do. As Red London finalizes preparations for the Element Games–an extravagant international competition of magic meant to entertain and keep healthy the ties between neighboring countries–a certain pirate ship draws closer, carrying old friends back into port.

And while Red London is caught up in the pageantry and thrills of the Games, another London is coming back to life. After all, a shadow that was gone in the night will reappear in the morning. But the balance of magic is ever perilous, and for one city to flourish, another London must fall.

🌸 Book One ||A Darker Shade of Magic by V.E. Schwab

“Everyone thinks I have a death wish, you know? But I don’t want to die – dying is easy. No, I want to live, but getting close to death is the only way to feel alive. And once you do, it makes you realize that everything you were actually doing before wasn’t actually living. It was just making do. Call me crazy, but I think we do the best living when the stakes are high.”

I loved this book SO MUCH, and I think it’s an unpopular opinion but I liked it a little more than the first one, I think there’s a better and more complex development of characters, the new characters are incredible, as well, and there’s much more magic in this one and it was all that I needed. A book with an engaging plot and a descriptively beautiful writing style 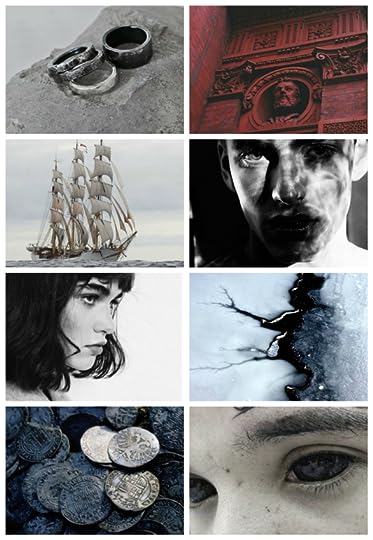 This book takes place 4 months after the events of the first book, I can’t tell you much in detail because spoilers, but basically follows Kell and Lila after the events of the previous book, now following separate paths.
Lila’s sailing the seas as part of a crew, and meanwhile she has been practicing magic, on the other hand, Kell’s trying to overcome the past events and move on but can’t get that mysterious gray London girl out of her head, and meanwhile must lead with the cold treatment of the royal family towards him, and try to control this dark and dangerous new bond that binds him to Rhy.
Red London is preparing to receive the best world magicians in a tournament called Element Games. And another London is coming back to life, but the balance of the magic is very delicate and so for a world to be reborn, another must fall

I’m impressed by how the book is built and the plot is told, I feel that you never get bored with it, is high impact and from the first page only delivers the best. I really like the exploration of different cultures and beliefs within the world of Red London, we know other families from other very important kingdoms and we also know characters with surprising powers.
I love the description of these characters and even their costumes, I know it sounds weird, but it was fascinating for me, because while I was reading about them I could imagine everything very clearly in my head, and all those extravagant costumes were incredible, and they give a new, fresh and interesting atmosphere to a story that has very dark moments.

I love elemental magic and this book has given me a lot of it. The plot is very focused on The Elemental Games, so I get to see all those magicians using their skills and giving a great show, and that was amazing. We also have many surprises and revelations happening inside and due to this event. I don’t usually enjoy combat scenes, so that part doesn’t interest me too much, but the way in which the magic is described and the elements are used, is the best thing. Also, the construction of the stadiums and all this massive festival is pretty amazing

“Kell would say it was impossible. What a useless word, in a world with magic.”

I’m so happy with the new character additions, Alucard Emery is one of the best characters, he’s a captain of a crew ship and corsair, he has quickly become one of my favorites in these books and I hope he continues to be. I like his personality and his personal story makes it very interesting and intriguing, also his interaction with the main characters, especially with Lila, was so good, and his crew, which are also very well described. Emery takes the role of “master” at times and you know I’m trash for that. Ojka and Osaron, both seem to be quite dark and we’ll see what role they’ll have in the next book although for now, I know they caused problems.
What I like in general of all the characters is how real they feel, in a certain way I think you can even guess what they’ll do or what they’ll say on different occasions due to their personalities.

Let’s talk a little about Kell, in the first book I didn’t feel so connected to him, I feel I still needed a little more to be able to put myself in his place, and this book has given me another perspective. Kell’s involve in very complicated and stressful moments and I could really see his maturity and his strength, besides, he also uses his Antari skills much more in this book and I enjoyed seeing that.
I think that on this occasion, the author shows us a much darker side of Kell and that has made him more human and sensitive, which I liked to see. He’s always so concerned about others, that I really needed to see him explode and say what he really feels and thinks, Kell deserved his moment. He’s very serious and super responsible for what I feel most of his problems are always occasioned by other characters. In this book, we not only have his connection with Lila which I’ll talk about later, but there’s a very powerful connection with his brother Rhy, and I’ve never been a big fan of Rhy, I mean, I think he’s funny at times, and I can see he cares for his brother but I feel he’s a bit toxic so that’s what I really don’t like about his personality, on the other hand, I’m glad to have seen a more ambitious side of Rhy in this book and not one so carefree.
But anyway, I wanted to focus on his relationship with Kell, I think Rhy pushes Kell a lot to do unexpected things, which I like, but sometimes I feel that it’s too much for both, but it makes the plot interesting because the dark magic that unites them, gives rise to many things that can happen. We’ll see.

Lila‘s still my favorite, I love her SO much!, she can be a little careless, rebellious and impulsive, but I think her attitudes make the plot interesting and you want to continue reading about. I love to continue to see her badass side, it will always be my favorite, but I also enjoyed watching her explore other sides of her, I saw her much more concerned about others, developing empathy that I didn’t expect, but I love. Her relationship with Kell is GOLD, I don’t want to make spoilers but OMG, these two make my heart stop. A large part of this book shows them both following different paths but they cross each other and I found it INCREDIBLE.
So, seeing my baby, Lila, exploring her more human side was a pleasure. Also, we can see it in a new role, working with magic and that side I liked a lot as well, and I can’t wait to know how this will continue in the next book.

“She bent most of the rules. She broke the rest.” 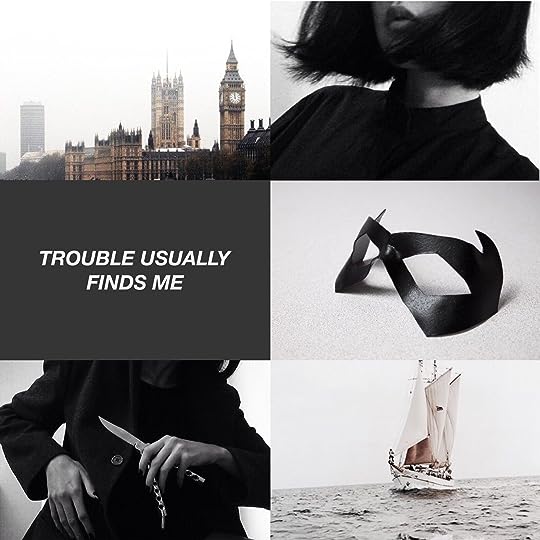 .There’s a big revelation about a character which I can’t say anything about, but it was honestly really clever, I liked it, I didn’t expect it at all so it was a pleasant surprise and I’m dying to know the outcome of this story

The writing style is BEAUTIFUL, but I could enjoy it much more in this book than in the previous one, this book has about 512 pages, and the truth is, it doesn’t feel long or heavy at any moment, I flew through it and enjoyed every moment. There’s something in the writing that’s dark, intelligent and delicate, I just want more.

So, I adored this book, I had a lot of fun reading it. It’s magical and dark, it has some rather bloody and violent scenes so I recommend discretion, but in spite of that, it’s an extraordinary book. Doesn’t have flaws, and it manages to keep you hooked from the first to the last page.
The ending was very open and quite worrying, I’m very worried right now lol, I have no idea what will happen but I know I’m 100% on board and I want to find out very soon. I feel that although I’m enjoying these books a lot, I don’t feel rushed to finish the story yet, so I’ll pick it up the last one may be in a couple of months, a part of me doesn’t want this story to have an ending

I recommend it a lot if you haven’t yet grabbed the first book, I understand that the hype can be scary, but in this case I think it’s worth it and that you’ll surely enjoy any aspect of this book, but I recommend it especially if you like complex fantasy, incredible world buildings, magic, and reckless characters.