OMG you GUYS !, I can’t believe how incredible this book is. It was so intense and dramatic, I’m super emotional right now, I really loved it. It will be difficult to describe such an EPIC book, but I’ll try to maintain my sanity meanwhile lol. but In short: I LOVED IT

In this book we see the characters in a much more genuine way and we get to really see what is inside them, what their fears are and what their objectives are. For me it has been an exciting journey, with a lot of action, incredible additions of new characters to the plot and a lot of epic scenes. For those who believe that a second book of a trilogy can’t be as good as the other two, well you’re wrong, this one is so good. It’s without doubt also one of the most original books that I’ve read, whenever you think you know what will come, then something totally unexpected happens and that is great.

In this second book we can see the Adelina’s true nature and that terrified me, because in a way I expected her to dominate her darkness and she could follow the good side or something like that, but no,she’s still my favorite character, but her mind is so dark and her power begins to literally devours her, so I don’t know what will happen to her, it’s a very unstable character and I really fear for my little wolf. As I said in my review of the first book she is not the typical character and that, along with her personality and her great power, is what makes her unique and captivating, all the time you try to guess what will happen with this girl , all that intrigue is the best part. I can’t tell you that you’ll love Adelina as I do, because there is a great chance that you’ll hate her, but I think that’s the unique thing about this story 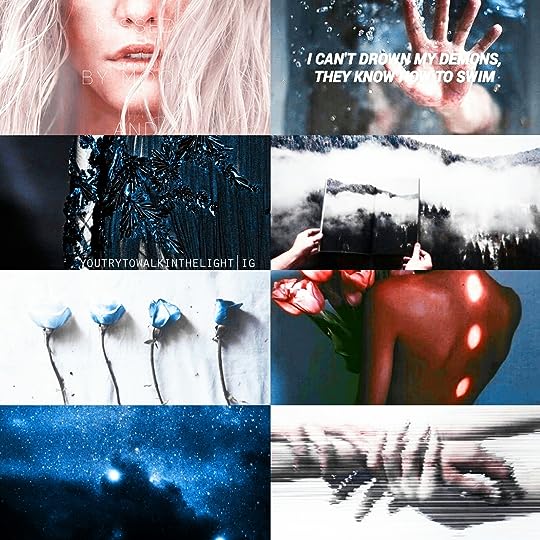 The incorporation of new character like Magiano, Sergio and Maeve were great, I think that each one contributed a lot to the plot in different ways, the way in which Marie Lu creates characters is brilliant, I’m still perplexed by it.

Personally I love Magiano, he’s absolutely great, I hope he still be in the next book because I need him in my life !. A very curious thing has happened to me. I told you about my ship in my previous review, well I can tell you that it was from Adelina and Enzo, but well, when I thought I would never change my mind, I think I did. Alot of things have changed from one book to another, and I feel that at this moment I’m Team Magiano and if he disappoint me in the next book I’ll be very sad and I’ll probably be the most confused person on the planet lol. I really want to trust in the relationship between Adelina and Enzo but I don’t think he really understands her, I honestly feel that the best thing for her is not him roght now, so we’ll see what happens, right now to start I don’t know what will happen with Adelina, because OMG this girl is intense as hell.
Maeve has just become the queen of her kingdom after her mother’s death and plays a super important role during this book, she’s responsible for many very incredible things that happen here, one of them is a great epic moment that I was waiting like alot!, and I feel that it’s a character who will also have a very important role during the next book, her relationship with one of the Daggers was great, I totally saw that coming. This character reminds me a lot of Lagertha of Vikings

I feel that the characters are so varied and diverse, both in personality and sexuality, each of them is so damn interesting.

Teren is more crazy than ever, what the hell happens to this guy lol, he has that so powerful and evil personality, but at the same time I feel that I could see another side of him where he shows us his deepest emotions and desires. Right now, as everything over for him, makes me feel sorry, I feel that many things have gone out of control in his life so right now I know he’ll not be in a good place and although his destiny makes me nervous, a part of me also feel happy about it, (I’m the worst, I know). But on the other hand I also feel some empathy, just a little bit lol.

Something happens near the end of the book with one of the members of the Daggers and I still can’t believe it, I feel so bad about what happened, I didn’t see it coming at all and everything happened so fast that I think while I’m writing this I’m just realizing that actually happened and OMG I can’t believe it.

One of the best things in the book is the union of this new society created by Adelina called The Rose Society, I love this group and I feel that even though I still love Rafaelle, YES, I still do it, I prefer the Roses over the Daggers

The end was EPIC !, I can’t say another word that describes it better, I’m still in shock. It was INCREDIBLE and unexpected, so long since I didn’t feel this way about an ending. It was just magnificent and I feel happy but at the same time I feel fear and sadness and worry and too many feelings for the characters, I know that the future is uncertain, but I’m sure I’ll cry with the next book, there’s no way this ends as I hope lol.

I have alot of expectations for the last book, I have already been told that it’s even better than this one and I can’t see how, because this was incredible, so many unexpected plot twist!. I could tell you that I’m ready but probably not. I know that there will be a super impressive final battle and I’m so excited but so scared at the same time, I don’t want my babies to get hurt, no more than they already are, you know?

I think so far I can describe this trilogy like Game of Thrones knows X-Men, it’s totally that! The Elites powers are sensational, I love that it is not the “typical” powers but they’re very well thought out and as each has its own consequence, makes it even more real and cruel.

Marie Lu, you’re a genius! I already love this author, I feel she has done an extraordinary job and I can’t stop talking about this book, if the final book is as epic as this, then guys, I think I have found a new favorite trilogy!

15 thoughts on “Book Review: The Rose Society by Marie Lu”