⚡️ Hi, friends! how are you? what have you been doing? I hope you’re very well, enjoying the day surrounded by the best readings!.❤️ Today super excited, as every time I post lol, but this time I bring you two reviews that I was hoping to actually bring you for a while now and that I’ve finally been able to write, so here we are! Both books this time are ARCs, so first I want to take a second to thank the publishers and authors very much for sending me these copies in exchange for honest reviews. 😊 I’m more than happy because not only it’s a pleasure for me to talk a little about not-so-well-known books, but I’ve also adored BOTH! So, I really hope you decide to add them to your TBR to give them a chance sometime soon. Both are dark fantasy books, with unique worlds & supremely interesting characters, plus they both also have big plot twists and the writers are very addictive! 😍
Now without further ado, I hope you enjoy the post very much, and LET’S GET STARTED!⚡️

END_OF_DOCUMENT_TOKEN_TO_BE_REPLACED

🌟 Hi, bookish family! I hope you’re having the most wonderful day; today, I’m more than happy to bring you a double review of my most recent readings.❤️ I love, and it’s a pleasure to be able to bring you a double review of two darkish & atmospheric books that I pretty much enjoyed, so don’t hesitate to let me know everything in the comments, not only what you think about these books in particular, but also tell me a little about what you’ll be reading this week, it’s always fun to know. 😊
Both books have some aspects in common, and also I have felt similar things for the characters; besides that, they have a very similar atmosphere, so it seemed to me that it made sense to bring them together to talk a little about them. 🌲 Plus, both books are hard-hitting and touch on sensitive topics of trauma, mourning, and healing and growth. 🌟

END_OF_DOCUMENT_TOKEN_TO_BE_REPLACED

🌟 Hi bookish family! I hope you’re having the most wonderful day & a GREAT weekend, today I’m more than happy to bring you a double review of my most recent readings. ❤️ You know that I LOVE to share all my opinions with you in the most honest way, and above all, I love that we can exchange opinions respectfully, so don’t hesitate to let me know your thoughts in the comments and we can chat a little about it, I also want to know what you’ve been reading this last week & what books accompany you this weekend!!! 😍
As I was saying, I’ll be reviewing two books, one of them is an ARC provided by the publisher in exchange for an honest review, for which I’m deeply grateful, in this book we enter the world of a ballet competition and explored its darkest side 🩰 & the other one is my own choice, a book with a lot of hype which I had only heard the most incredible things about, where we meet a super diverse group of characters while we surround ourselves with a magical landscape. 🌅 I think that one of these stories may have been a totally different experience than I expected, while the other exceeded my expectations. 😊
I’m very excited to tell you EVERYTHING about these books! 👏🏻 So without further ado, make yourself comfortable, prepare your favorite drink & let’s get started! 🌟

END_OF_DOCUMENT_TOKEN_TO_BE_REPLACED 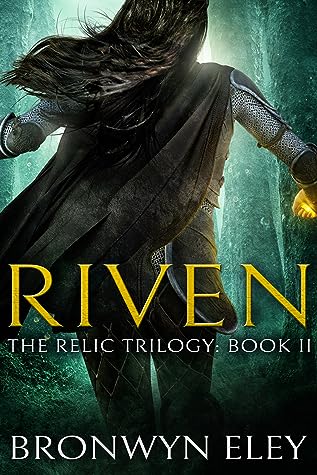 🌿 Hi guys!! I hope you’re having a great day and that you’re enjoying your current reading.❤️
I’m SO grateful because I’ve been approved with two ARCs that I really wanted and today I bring you my reviews for both of them. I have many thoughts to share with you about both books, stories quite different from each other, but they share a point and it is that both are VERY shocking & heartbreaking.
I hope you like both reviews, they’re a bit long this time, but I had a lot of feelings to put out there so I hope it doesn’t bother you. I’m super excited to share my thoughts with you, since I’ve also found one of my favorite books of the year and that’s INCREDIBLE, so without further ado, let’s start! and I hope you have the most incredible day 🌿

END_OF_DOCUMENT_TOKEN_TO_BE_REPLACED

Title: The Cruel Prince (The Folk of the Air #1)