“I live for the dream that my children will be born free,” she says. “That they will be what they like. That they will own the land their father gave them.”

Eo kisses my cheek. “Then you must live for more.”

Darrow is a Red, a member of the lowest caste in the color-coded society of the future. Like his fellow Reds, he works all day, believing that he and his people are making the surface of Mars livable for future generations.

Yet he spends his life willingly, knowing that his blood and sweat will one day result in a better world for his children.

But Darrow and his kind have been betrayed. Soon he discovers that humanity already reached the surface generations ago. Vast cities and sprawling parks spread across the planet. Darrow—and Reds like him—are nothing more than slaves to a decadent ruling class.

Inspired by a longing for justice, and driven by the memory of lost love, Darrow sacrifices everything to infiltrate the legendary Institute, a proving ground for the dominant Gold caste, where the next generation of humanity’s overlords struggle for power. He will be forced to compete for his life and the very future of civilization against the best and most brutal of Society’s ruling class. There, he will stop at nothing to bring down his enemies… even if it means he has to become one of them to do so.

END_OF_DOCUMENT_TOKEN_TO_BE_REPLACED 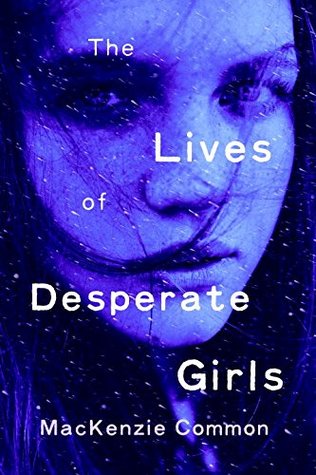 Title: The Lives of Desperate Girls

One small, northern community. Two girls gone — one missing, the other dead. A riveting coming-of-age debut young adult novel for fans of Everything I Never Told You and All the Bright Places.

Sixteen-year-old Helen Commanda is found dead just outside Thunder Creek, Ontario. Her murder goes unremarked, except for the fact that it may shed light on the earlier disappearance of Chloe Shaughnessy. Chloe is beautiful, rich and white. Helen is plain, and from the reservation. They had nothing in common except that they were teenage girls from an unforgiving small town. Only Chloe’s best friend Jenny Parker knows exactly how unforgiving, but she’s keeping some dangerous secrets of her own.
Jenny begins looking for answers about Helen’s life and death, trying to understand larger questions about her town and her best friend. But what can a teenage girl really accomplish where adults have failed? And how much is Jenny actually complicit in a conspiracy of silence?