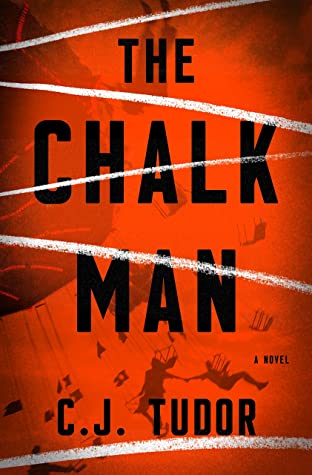 In 1986, Eddie and his friends are just kids on the verge of adolescence. They spend their days biking around their sleepy English village and looking for any taste of excitement they can get. The chalk men are their secret code: little chalk stick figures they leave for one another as messages only they can understand. But then a mysterious chalk man leads them right to a dismembered body, and nothing is ever the same.

In 2016, Eddie is fully grown, and thinks he’s put his past behind him. But then he gets a letter in the mail, containing a single chalk stick figure. When it turns out that his friends got the same message, they think it could be a prank . . . until one of them turns up dead.

That’s when Eddie realizes that saving himself means finally figuring out what really happened all those years ago.

“What shapes us is not always our achievements but our omissions. Not lies; simply the truths we don’t tell.”

This was a very good mystery book, super different from what I usually read in the genre, but it was still easy for me to enjoy it. It reminded me a lot of “IT” at some points, due to the characters above all, but I think the author has a much more subtle and smooth writing style in some way. I liked the author’s style, so I would definitely give her another chance, as well as the plot that although a little predictable in some aspects managed to captivate me and keep me hooked from start to finish, it’s a solid and different book which I appreciate. 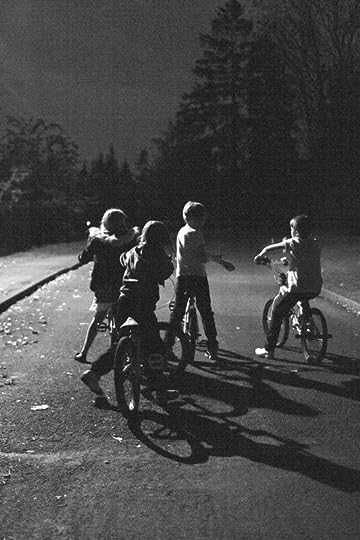 The plot takes place in a small English town, and we follow two timelines, one of them in 1986 and the other in 2016. During these years we meet a group of friends who, told by Eddie, the main character, tells us how they found a dismembered body when they were just children and how they were led to it by drawn chalk men. From that moment on, the boys’ lives change completely and then when Eddie is an adult man, he receives a package containing a figure of a chalk man, and although he tries to take it easy everything changes when one of his friends appears dead and Eddie understands that the only way to save himself is to find out what really happened all those years ago.

The plot is very interesting, I really like how it plays with this concept of the chalk men and how the direction of the plot is changing all the time, that can be confusing because you don’t know well which way the author wants to take, but at the same time, I feel that this is done in a deliberate way to confuse and add tension to the plot. I liked the main idea, cause there’s always something very catchy and creepy when there’s a murder in a small town, where everyone knows each other, right? As we get to know the characters and they’re developing, you can draw your conclusions about who would have been responsible for such an atrocious crime. The beginning of the book is super solid 10/10, I was hooked on what was happening and I LOVE the duality the story gives jumping between 1986 and 2016, I think that’s a great touch that added suspense and intrigue to the plot since each chapter ends up leaving you with something to think about. I also really appreciate the reading-paced, because although it’s a descriptive book, I don’t think it’s heavy on that aspect and that makes it lighter to read even when it touches quite raw and intense themes and scenes.

Even though I love much of the book, I think the focus is lost a bit in the middle and we have a long stretch of the book without really knowing where we are going or what we should really focus on. I was pretty lost because I think a more linear approach to the main idea (the chalk man) would have pleased me more. Even so, although we have a few chapters of character development, I think that towards the end we understand what the author really wanted to achieve with that, and the ending seemed appropriate to me.

I liked many of the twists even when I saw some of them coming. I think that the author has an ability and an interesting talent to told the outcomes, the important events, plot twists, and revelations, everything is done in a light way as to play it down and that seemed very unique to me. I don’t think it loses the impact it should have because it certainly leaves you with those “WTF” feelings, you know? lol but still, I don’t think it’s for everyone, I can see why other people haven’t fully enjoyed it. For me, this factor, that revelations are thrown so relaxed and the transitions are so light even when we talk about super disturbing things, gives points to the book, highlights it from other mysteries that I’ve read, and puts it in a different place where’s free from comparison.

Where the plot was solid and well developed, the characters fell short for me, I didn’t really manage to connect with any of them and I think that although we spent a lot of time trying to get to know them more and delving into their personal lives, their addictions, and tragedies, they didn’t have a big impact or something that makes them stand out. They’re mostly cliche, I think. We have Eddie, the main character, who’s one of those who suffer the most for his past, there are many things that although we think we know about him, we don’t in its entirety and that’s interesting. I liked the little Eddie more than the adult one, to be honest, and I enjoyed knowing his family dynamics, his parents are both quite interesting characters. Then we have the group of friends from the ’80s who spent the whole day together, riding their bikes from one place to another, super classy of a horror movie, right? I liked that touch: here we have Gav, Hoppo, Metal Mickey & Nicky, all characters interesting enough to make the plot move and also each with their personal hard story, I think the most interesting of them was Nicky, although I would have liked more depth and further development of this character, and I quite liked Hoppo, but I think it’s because resonated with his sensitivity. Then we have Holland, who’s the new teacher who has albinism, which is why the boys call him “chalk man”, an intriguing character which I’d like to know more about, but I did enjoy his interactions with Eddie, they gave me chills for some reason. And as another notable character, I could mention the Priest, because he has a fairly intense subplot, but you’ll find out if you read it, because spoilers. There’s also a character that has a lot to do with the movement of the plot and that’s Chloe, Eddie’s tenant and I really like what happens with this character, I think it was smart.

This is a book with a lot of exploration of the stories of each character, but at the same time you don’t feel that you really know or get to know all of them in a deeper way, which is weird now that I think about it, but that’s how I feel about it. Taking this aside, we follow many sub-stories, there are many plotlines going on, prohibited relationships, suicides, murders, rapes, addictions, illnesses, and quite a bit of gore content too. So obviously I ask you to keep this in mind before reading the book. In these subplots, we know separately many stories that intertwine each other putting together various characters from the town, including Eddie, his family, and friends, and although I didn’t like each of them in equal amounts, I like how the stories are linked to end up being a huge and twisted story.

I think I already mentioned a bit of the author’s prose, which I really enjoyed, but I also want to mention how atmospheric this book came to be, and how you know that it’s my jam! I adore the town where it takes place, and I find that many scenes take place in a forest, we also go through several seasons and climatic changes that are incredible, give the story something special and make you feel that you’re almost there, which considering the story would be pretty scary, but it’s worth it.

I liked the ending, did I expect something more shocking? Yes, I confess that I expected it, but even so, after the last plot twist is revealed, it makes sense that the author has decided to take this path. The book never loses its tone and always stays on the same line and at the same level, combining mystery and suspense with soft revelations that come out of nowhere. I liked it, but I don’t think it’s everyone’s cup of tea and that’s fine. I also think this book would make an incredible movie!

I highly recommend it if you want to read a mystery/thriller with a hint of gore, horror & crime, which’s smoother and lighter than most. Don’t expect a great impact on the characters, but the plot takes the praise. The author has a great writing style, that in addition to being easy to read, is quite straightforward in my mind, and I really hope that it works with you as it did with me. I also recommend it if you like to feel very confused and intrigued, I assure you that you cannot help but want to guess who’s to blame for every horrible thing that happens in this small town, you’ll want to put together this intricate puzzle. Worth it? OF COURSE, YES!