⭐️ Hi, guys! I hope you’re having a beautiful day full of good readings and good vibes.❤️ I can’t believe we’re halfway through the year, can you believe it? It’s crazy for me, but here we are again at this moment when we have to set priorities again and look back a little, to see how our year has been so far. This is why today I bring you a list of my favorite books of the year so far!  😍 I know that this is a super popular post within the blogging community, so you’ve probably seen it, but looking at my own blog I saw that I didn’t do this post since 2018, and I don’t know why because I like it so much, so I brought it here back. I think it will be fun to share with you those books that I’ve loved so far, tell you a little about them, and this is kind of an excuse for recommending them as well because I promise you that each one of them is brilliant and unique in its own way. 👏🏻
This list doesn’t have any type of specific order, the books are randomly positioned and in addition to sharing some keywords of each one, because I think it’s fun, I’ll also leave you some links in case you’re interested in reading them, which I hope you are so because they’re WONDERFUL. I’ve been blessed with the possibility of reading all these books, so I hope you like the post, I’m very excited to share it with you. 🥰  I LOVE you, thanks for the support, always, and without further ado, let’s get started!⭐️

“if we were judged by the things we most regret, no human being would be worthy to sweep the floor.”

If you like dystopian worlds, sci-fi elements and above all, very well-created multifaceted characters, you’ll love this one. You can also enjoy exploring very interesting political issues, conspiracies, and unexpected plot twists. Simply incredible.

Rowan has gone rogue, and has taken it upon himself to put the Scythedom through a trial by fire. Literally. In the year since Winter Conclave, he has gone off-grid, and has been striking out against corrupt scythes—not only in MidMerica, but across the entire continent. He is a dark folk hero now—“Scythe Lucifer”—a vigilante taking down corrupt scythes in flames.

Citra, now a junior scythe under Scythe Curie, sees the corruption and wants to help change it from the inside out, but is thwarted at every turn, and threatened by the “new order” scythes. Realizing she cannot do this alone—or even with the help of Scythe Curie and Faraday, she does the unthinkable, and risks being “deadish” so she can communicate with the Thunderhead—the only being on earth wise enough to solve the dire problems of a perfect world. But will it help solve those problems, or simply watch as perfection goes into decline?

“Perhaps it’s easier: being alone. Building walls. A solitary life with no one to lose. No one to break your heart.”

I want to recommend it a lot if you like magical stories about witches and dark and evil woods. But also if you like mystery and suspense stories because this book in addition to its fascinating fantasy aspects makes a great mystery.

Be careful of the dark, dark wood…

For as long as there have been fairy tales, we have been warned to fear what lies within the dark, dark woods and in Winterwood, New York Times bestselling author Shea Ernshaw, shows us why.

From New York Times bestselling author of The Wicked Deep comes a haunting romance perfect for fans of Practical Magic, where dark fairy tales and enchanted folklore collide after a boy, believed to be missing, emerges from the magical woods—and falls in love with the witch determined to unravel his secrets.

“Then perhaps we should carve a world one day where the strength lies in who you are, rather than in what they expect you to be.”

The characters are very real and are very well developed as well as the plot which is very informative due to being the first book. The writing style deserves a thousand stars, it’s beautiful, poetic and shocking, you’ll surely love it & it has many action and shocking scenes, that will surely leave you with many feelings. 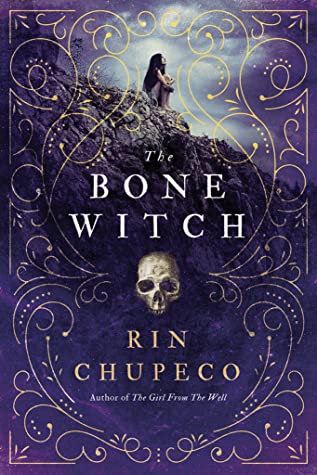 In the captivating start to a new, darkly lyrical fantasy series, Tea can raise the dead, but resurrection comes at a price.When Tea accidentally resurrects her brother from the dead, she learns she is different from the other witches in her family. Her gift for necromancy means that she’s a bone witch, a title that makes her feared and ostracized by her community. But Tea finds solace and guidance with an older, wiser bone witch, who takes Tea and her brother to another land for training.In her new home, Tea puts all her energy into becoming an asha-one who can wield elemental magic. But dark forces are approaching quickly, and in the face of danger, Tea will have to overcome her obstacles and make a powerful choice.

It’s a whimsical story and I would highly recommend it if you enjoy complex and weird storylines, but the best kind of weird, you know? I compare this story a lot with Seanan McGuire’s stories 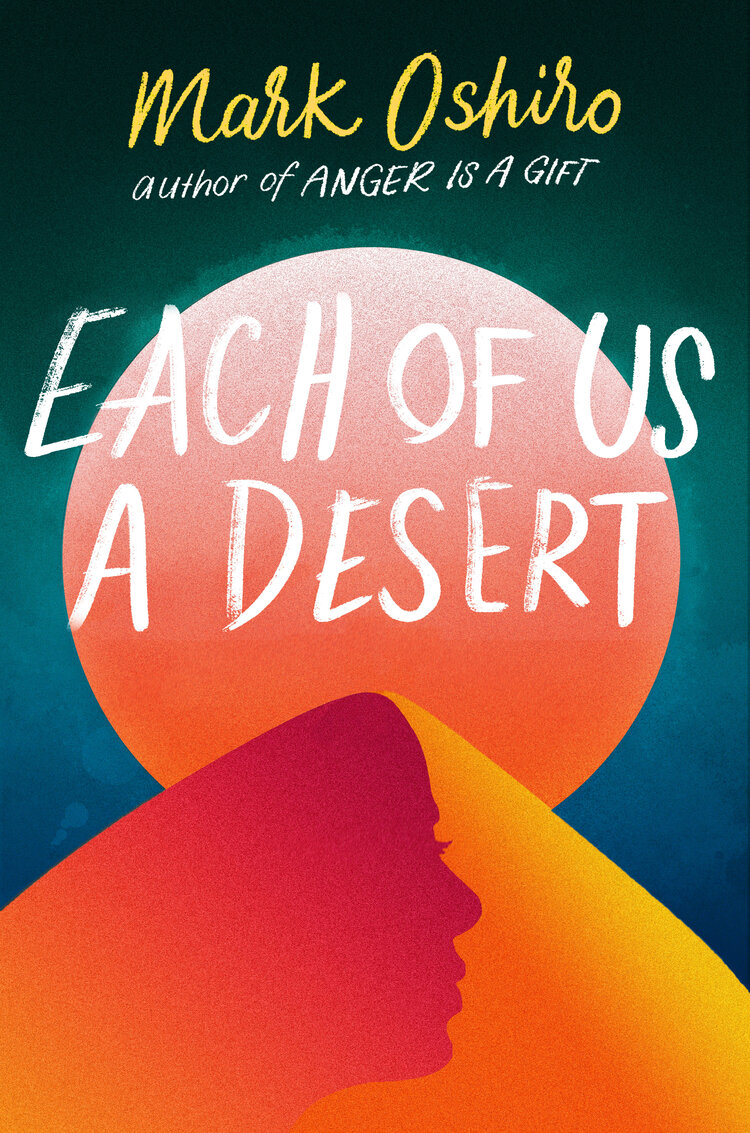 From the award-winning author Mark Oshiro comes a powerful fantasy novel about finding home and falling in love amidst the dangers of a desert where stories come to life.

Xochital is destined to wander the desert alone, speaking her troubled village’s stories into its arid winds. Her only companions are the blessed stars above and enimagic lines of poetry magically strewn across dusty dunes.

Her one desire: to share her heart with a kindred spirit.

One night, Xo’s wish is granted—in the form of Emilia, the cold and beautiful daughter of the town’s murderous mayor. But when the two set out on a magical journey across the desert, they find their hearts could be a match… if only they can survive the nightmare-like terrors that arise when the sun goes down.

Fresh off of Anger Is a Gift’s smashing success, Oshiro branches out into a fantastical direction with their new YA novel, The Stars Around Us.

It confronts you with reality in a very crude way, of what black community must face and go through in an ignorant and racist society. In addition to this, we follow a heartbreaking story, but in the same way, inspiring. It’s an extremely powerful, touching, and heartbreaking book, but I repeat… INSPIRING, meaningful, and emotional. I would really love you to read it and tell me your own opinion.

Echo Brown is a wizard from the East Side, where apartments are small and parents suffer addictions to the white rocks. Yet there is magic . . . everywhere. New portals begin to open when Echo transfers to the rich school on the West Side, and an insightful teacher becomes a pivotal mentor. Each day, Echo travels between two worlds, leaving her brothers, her friends, and a piece of herself behind on the East Side. There are dangers to leaving behind the place that made you. Echo soon realizes there is pain flowing through everyone around her, and a black veil of depression threatens to undo everything she’s worked for.

Heavily autobiographical and infused with magical realism, Black Girl Unlimited fearlessly explores the intersections of poverty, sexual violence, depression, racism, and sexism—all through the arc of a transcendent coming-of-age.

A powerful memoir for fans of Piecing Me Together by Renee Watson and American Street by Ibi Zoboi.

“A hero does not choose her trials. She steps into the darkness, then she faces what comes next.”

In addition to the sci-fi aspects that are obviously protagonists in the book, it touches on topics beyond that, of much humanity, and we explore each being, their expectations, their beliefs and their ways of thinking. It’s absolutely brilliant, so please read it if you haven’t done it yet, you won’t regret it, I highly recommend it!

All her life, Spensa’s dreamed of becoming a pilot. Of proving she’s a hero like her father. She made it to the sky, but the truths she learned about her father were crushing. The rumors of his cowardice are true—he deserted his flight during battle against the Krell. Worse, though, he turned against his team and attacked them.

Spensa is sure that there’s more to the story. And she’s sure that whatever happened to her father in his starship could happen to her. When she made it outside the protective shell of her planet, she heard the stars—and it was terrifying. Everything Spensa has been taught about her world is a lie.

But Spensa also discovered a few other things about herself—and she’ll travel to the end of the galaxy to save humankind if she needs to.

⭐️ Well, these are my favorite books of the year so far, I hope you’ve enjoyed it and I hope to find more incredible books in the coming months to share them with you! ⭐️

Let me know, What are your favorite books of the year so far? & Why? I’d LOVE to know all your thoughts ❤️