🌟 Hi guys! I hope you’re having an amazing day.❤️ Today as the title says I come to share with you some ARCs that I’ve been so fortunate to receive recently. I don’t usually do this type of posts so often because I never have an appropriate amount of ARCs to show you at the same time, so now that I have put together a small stack to show you, here I am, and I hope you enjoy it. I have 3 books approved by NetGalley and another one that I won in a giveaway that the same author did on Twitter, for which I feel really grateful and blessed. 🥰

I already made two of these posts showing you my new ARCs stack, so if you’re interested to know what those books are, I’ll leave you the links #1 & #2  😍

Always grateful and blessed for every ARC that comes to me, I can’t wait to read them and I’m dying to know what you think about them, so let me know everything in the comments, LOVE YOUUUUU & LET’S START! 🌟

Expected publication: May 16th, 2020 by Dundurn 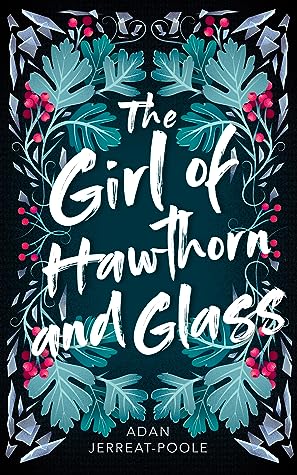 Even teenage assassins have dreams.

Eli isn’t just a teenage girl — she’s a made-thing the witches created to hunt down ghosts in the human world. Trained to kill with her seven magical blades, Eli is a flawless machine, a deadly assassin. But when an assignment goes wrong, Eli starts to question everything she was taught about both worlds, the Coven, and her tyrannical witch-mother.

Worried that she’ll be unmade for her mistake, Eli gets caught up with a group of human and witch renegades, and is given the most difficult and dangerous task in the worlds: capture the Heart of the Coven. With the help of two humans, one motorcycle, and a girl who smells like the sea, Eli is going to get answers — and earn her freedom.

A ripped-from-the-headlines novel of desperation, escape, and survival across the U.S.-Mexico border.

Pulga, Chico, and Pequeña have no false illusions about the town they’ve grown up in and the dangers that surround them. Though their families–both biological and found–create a warm community for them, threats lurk around every corner. And when those threats become all too real, the three teens know they have no choice but to run: for the border, for the hope of freedom, and for their very lives.

Crossing from Guatemala through Mexico with their eyes on the U.S. border, they follow the route of La Bestia, a system of trains that promise the hope of freedom–if they are lucky enough to survive the harrowing journey. With nothing but the bags on their backs and the desperation that courses through their very veins, Pulga, Chico, and Pequeña know that there’s no turning back, dangerous though the road ahead might be.

In this powerful story inspired by real–and current–events, the plight at our southern border is brought to painful, poignant life.

Ren Kolins is a silver wielder—a dangerous thing to be in the kingdom of Erdis, where magic has been outlawed for a century. Ren is just trying to survive, sticking to a life of petty thievery, card games, and pit fighting to get by. But when a wealthy rebel leader discovers her secret, he offers her a fortune to join his revolution. The caveat: she won’t see a single coin until they overthrow the King.

Behind the castle walls, a brutal group of warriors known as the King’s Children is engaged in a competition: the first to find the rebel leader will be made King’s Fang, the right hand of the King of Erdis. And Adley Farre is hunting down the rebels one by one, torturing her way to Ren and the rebel leader, and the coveted King’s Fang title.

But time is running out for all of them, including the youngest Prince of Erdis, who finds himself pulled into the rebellion. Political tensions have reached a boiling point, and Ren and the rebels must take the throne before war breaks out.

No one knows how the world will end.

On a secret compound in the Washington wilderness, Honey Juniper and her sisters are training to hunt, homestead, and protect their own.

Prepare for every situation.

But when danger strikes from within, putting her sisters at risk, training becomes real life, and only one thing is certain:

I’m SO excited about each one of these books, again I feel blessed to be able to read them before their release date & I hope you enjoyed the post!  💞

🌟 Tell me, have you heard about any of these books? | Do you feel like reading any of them? Let me know everything in the comments, I’d LOVE to know 🌟