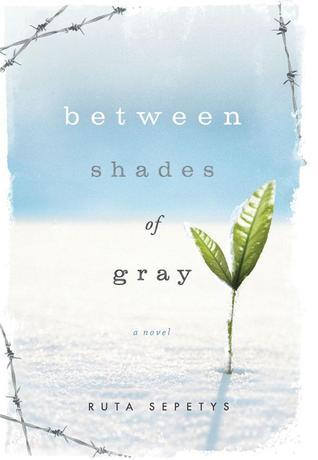 Title: Between Shades of Gray 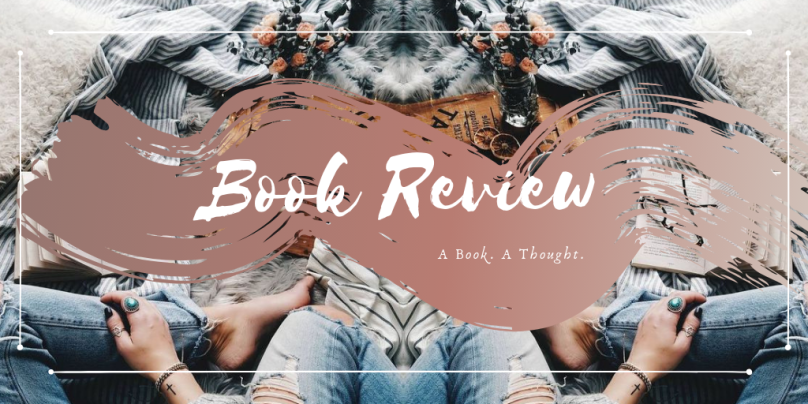 “Have you ever wondered what a human life is worth? That morning, my brother’s was worth a pocket watch.”

Wow, this is a book that undoubtedly leaves you thinking a lot and makes you meditate. I’m so happy to have given it a chance, and it was an even more special experience because I buddy read this book with the incredible  🌸 Rita || Bookish Rita || 🌸 , and we had a great time discussing what we feel and think about the book, and believe me, there are many feelings here. I always mention that Historical-Fiction isn’t my usual type of genre, so I got into this book without many expectations and it ended up teaching and moving me a lot. Such a GREAT work of the author 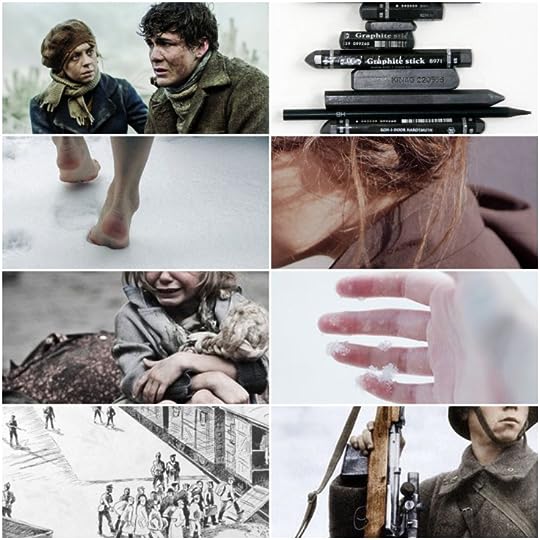 The book follows Lina, she lives a very normal life being a 15-year-old girl from Lithuania in 1941. Until one day the Soviet officers burst into her house and take her with her entire family. Separated from her father, Lina, along with her brother, Jonas and her mother, Elena, are taken crossing the Arctic Circle, to work camp in the coldest reaches of Siberia. Here they’re forced, under Stalin’s orders, to dig for beets and fight for their lives under the cruelest of conditions. There Lina will begin to write letters and drawings to send them to her father and let him know that they’re alive. It’s a long and harrowing journey, spanning years and covering 6,500 miles, but it is through incredible strength, love, and hope that Lina ultimately survives.

It’s very difficult to talk and try to express your opinion about a book that although it’s historical-fiction, is based on a real historical fact where thousands of people have suffered the worst of the horrors, so obviously, I want to be very sensitive and careful with my thoughts and words.

I feel that I learned SO MUCH from this book, it has been a journey full of suffering but also of hope, strength, and faith. I honestly didn’t know much about this historical moment, more than I could have learned in school, so for me, it was really good to have a full vision and a more raw and real picture about what was happening with so many people in this time period. I really think that I’m a bit wiser now and I greatly appreciate the author, who obviously has done a great research job to write this book, and that the story of Lina represents, in some way, the story of many other people, and that let it be known, and this reality be told.

The book is told through Lina’s POV, and we also have some flashbacks that are VERY well used, at the right moments, and it gives a lot of intensity to the story itself, plus we know a little more about the characters’ lives before being taken from their homes.

“We’d been trying to touch the sky from the bottom of the ocean.”

I’ll talk very briefly about the characters. We have, of course, Lina who’s our main character and whom we’ll accompany throughout this book, she’s a very normal girl at first, she’s quite innocent and loves to paint and dreams of being an artist. There are many situations in which Lina puts herself and her family at risk, and that made me feel very anxious, I mean, we’re talking about a historically delicate moment where there’s no mercy for anyone, and she was running away and going to investigate and says what she thought out loud, and I was just so afraid that something could happen to her family because of her, but then her character grows a lot, but I really couldn’t judge any of the characters because they have had to go through things that I couldn’t even imagine. She’s forced, obviously, by the situation to grow and face their fears and I admire her for that. We have my beloved and beautiful angel, Jonas, he’s Lina’s younger brother, he was only 10 years old when they were deported and OMG, this character is too special for me, he’s sweet but he’s also SO wise, smart and strong, especially to be just a child and I think he represents all those children who had to go through the same situations, he grows a lot towards the ending and his behaviors are always so kind and real, there’s really nothing wrong inside him, and I would have protected him with my life, I swear. Then we have Elena, she’s Lina’s mother, and she’s such a brave woman, I really admire this character, not only because of her great courage and bravery but also because of her enormous heart when caring for others, an extraordinary woman, I really love her.

There are many more characters in this story, especially there’s a small select group of characters who must face all these adversities and horrendous situations together, and I liked it a lot because I think that each one interprets a different personality, they’re very different from each other and that makes the dynamics between them and see how they face each situation more interesting and also feels more real.

There is a character called Kretizky and he’s one of the members of the NKVD, and it’s very interesting for me to explore this character and his interactions with others. He’s young and although he’s on the other side of the story and works for the Soviets, somehow the author found a way to give this character a lot of deep and we can see how he’s obliged to do some terrible things, but he has a tortured side in which he really wants to help the characters. It’s something very subtle that is increased more towards the end, but I liked that we explore this type of characters, since there are many tones and not always everything is white or black, right?

There is a bit of romance happening, between Lina and Andrius, they meet each other in a train and then they’re taken to the same place and Andrius becomes a good friend of Jonas, so they start to build a relationship between the two families. This is nothing like a passion story or something, but it’s something more subtle and is very well managed, the character of Andrius feels very authentic and I like how the relationship with Lina grows but is always so soft and grows slowly it’s very sweet to see, and it’s nothing invasive

“Andrius, I’m…scared.”
He stopped and turned to me. “No. Don’t be scared. Don’t give them anything Lina, not even your fear.”

The writing style is very good, has many heartbreaking quotes, full of hope, love, and union, I think the author has a lyrical and beautiful writing. It was also VERY easy and quick to read, which surprises me due to the hard content of the story itself. I’ll be, without doubt, reading more of the author in the future, I have another of her books on my TBR, Salt to the Sea, which I never identify that it was the same author, I do not know why lol. But now I’m more than interested to read that one as well.

It really brokes my heart in each chapter and I take with me a lot of this story, especially a very hopeful message of courage, and strength, also made me reflect about how sometimes we complain about nonsense when these people have had to go through a real hell. It’s not an easy book to read, it’s hard and I feel weird saying that I loved it because obviously, I wish nobody had to go through this situation, but it’s a wonderful job and a story that I feel everyone should know and read. I recommend it a lot, even if historical-fiction scares you, like to me, I feel that you can enjoy this book, and live it with all the feels.