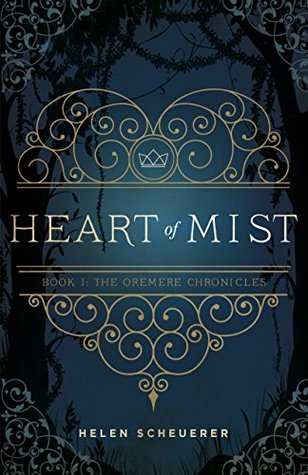 You can buy it: Book Depository || Amazon

In a realm where toxic mist sweeps the lands and magic is forbidden, all Bleak wants is a cure for her power.

Still grieving the death of her guardian and dangerously self-medicating with alcohol, Bleak is snatched from her home by the Commander of the King’s Army, and summoned to the capital. But the king isn’t the only one interested in Bleak’s powers.

The leader of an infamous society of warriors, the Valia Kindred, lays claim to her as well, and Bleak finds herself in the middle of a much bigger battle than she anticipated.

Heart of Mist is the gripping first book in The Oremere Chronicles, a fantasy series of epic proportions. 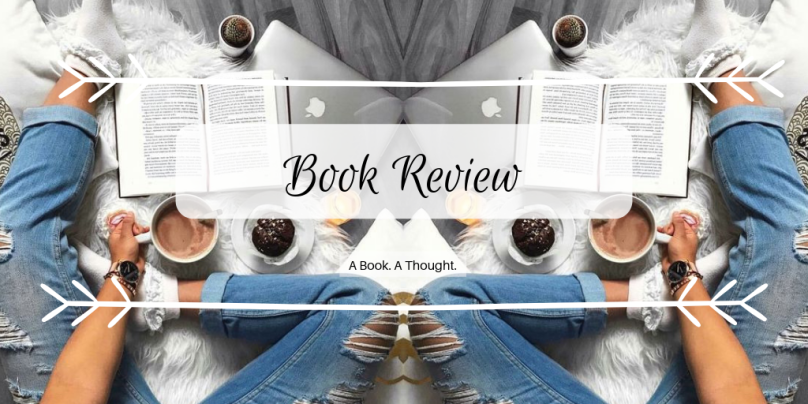 “No one deserved to feel unsafe in their own skin for someone else’s pleasure.”

I want to thank the author, who has been so kind of provided me with a copy in exchange for an honest review.

I enjoyed the book, I think it’s great when a fantasy is told in a way that can be read very easily while enjoying of the world, I mean, isn’t heavy at all, but still, you have the possibility to enjoy the world where the story unfolds. I like how the author has decided to touch a theme such as alcoholism, which’s obviously a real-world problem, and that has been touched in such a real and cruel way in a fantasy world, I think it’s great merit and something that I’ve appreciated. I think that after finishing it, I still have SO MANY questions, so I feel that this book was a great introduction to what will, undoubtedly, be a very interesting trilogy.

The book follows Blake, she’s a girl with a very delicate mental state, she has been very bad after the death of her guardian, and because of this, and having a power that she still can’t fully understand, she has begun to medicate herself with alcohol to be able to alleviate all the things that are happening in her life. One day the king sends the Commander of his army to look for her to bring her to him, because of her power. But the king isn’t the only one who’s interested in his power and on the way, they come across the leader of a society of warriors, the Valia Kindred, who has her own plans for Blake. Without having anticipated Blake will be in the middle of a battle much larger than she would have imagined

I think that this book doesn’t handle anticipation very well, many things happen from the first page so the story moves very fast. When you think you know the main problem of the plot, new revelations begin to appear and this causes the plot to take an inopportune turn, so you never really know what will happen, it’s quite unpredictable, and I liked that. But I understand that this can be kind of confusing, I had to re-read some dialogues since there are revelations and important points in the quieter moments, then they take you by surprise and if you don’t remember something later it can be a bit difficult to move trough, you know? For me, this whole book is an introduction to the next one, I really feel that the next book will be very important because the ending of this one is very open and I still have a lot of unanswered questions

I liked the magic system, although I feel that it should still be more explored, I really liked the development of Blake’s power during the book, I like it because she really isn’t aware of the power she possesses and her growth is incredible, I’m excited to see what she will do with this in the future. She can read minds and dive into people’s minds, discovering parts of their past and even implanting things there that aren’t really there, you know?. So I think it’s a power that can be further explored in the next book.
People who have powers in the book are called Ashai, and the reality is that there are very few in the kingdom and is a mystery around why, another of the things that still haven’t an answer in the book as such, but I’ve been taken by surprise with respect to this.

I would separate the book into four characters, who make the plot move, they’re Dash, Swinton, Blake & Henri, so I’ll talk a little about them.

Being honest, I don’t feel attached to any character as such, I think that following Blake is very interesting because of her alcoholism and how this is explored in the book, but on the other hand, her attitude is very difficult to follow, I understand that she’s so rebellious and impetuous, due to the fact that her power overwhelming her and also her addiction makes her character very difficult, but even so, I couldn’t connect because she’s very hurtful with others but we’ll see, I still liked the ending, and I have a lot of faith in the next book. She has a best friend who’s always taking care of her even though she treats him like trash, and that’s Bren, so I loved him, he’s adorable and a beautiful human being, I think she doesn’t deserve him lol

Then we have Dash, and when the book jumps down on his part of the story, at first I was like, who are you? lol, but I liked the character, is a child with many convictions and great courage, I like him and although at first doesn’t do much for the plot, then with him you can explore a little more the royal family, there are many secrets and things hidden in the kingdoms as well, and about magic. Is the protagonist of some very interesting revelations.

Swinton is the king’s commander, he’s a very interesting character and I never know how to feel about him, at first I didn’t like him and then I liked him, because I started to know more about him and about his past, there are also revelations about who he actually is and I found that very compelling, but then I ended up a little disappointed about his attitude again, so I don’t know how to feel, but I know I’m 100% on board with his story.
He has a very loyal companion named Fiore, and I name him because he’s my favorite character in the whole book, he’s funny and always goes to the front and isn’t afraid to say what he feels, and I also find him very seductive, I don’t know, I really like the character, and I would like to know more about his culture

And then we have Henri, and I really don’t like her, her personality is not for me, I can’t really connect with her, she has a quite unpredictable attitude and she’s always in a bad mood. But on the other hand, I love the society which she’s a part of, she’s a Valian, this means that she’s part of a society of female warriors who live in the forest, in a community built on trees, and I must say that it’s truly amazing. It’s also very interesting the way in which the society they have created is managed, those who aren’t warriors and don’t belong to the Valia Kindred, aren’t welcome to live with them, they aren’t expelled, but, instead, are sent to live below them in a place called Sticks. For me as a person, all this is a bit cruel to me especially because women force young women to fight and it’s quite hard because they’re friends and must fight each other anyway, and they may never see each other again after that. But as a society, I see it very interesting and I would like to know how it will continue from now on.

Henri is in a kind of romantic relationship with Athene, who’s her right hand, and I want to mention that because it’s always a good thing to see some LGBT+ representation in fantasy and they’re two very strong warrior women, so it’s really incredible

I want to talk a little about the name of the book, the book is called Heart of Mist, so although the beginning of the book is very strong and demonstrates what the mist in this world is capable of doing, I don’t think it’s much further explored, the mist ends up being a secondary character in the story, and I would have liked a bit more about that. In the end, there’s a revelation and very valuable information about the mist and its purpose, but I don’t want to say much because spoilers, so maybe in the next book this will be explored in greater depth

The book is full of plot twists and revelations around the corner, so you probably will not get bored with it. If it’s something you enjoy in books this is for you. I think it’s very well constructed in terms of plot and it’s written in an easy form to understand and read, so if fantasy is something that you’re not used to, I think it could be a good place to start with

I still have many questions and doubts about many points of the book, and that’s why I’m excited to continue with the trilogy, which I’ll do as soon as I can.
In summary I think it’s a very good book, it has very strong points in terms of the story and world-building, but even so I think it needs more construction, in terms of dialogues and magic system, and I also need more information regarding several aspects, I like it when a fantasy moves fast and gives you many shocking moments, but at the same time I need it to stop for a moment to find out more about all those fantastic places, gods and more, which I hope will happen in the next book.