🌷 Hi guys, I hope you’re having a great day and you’re reading delicious stories!. Today I bring you my TBR for the month of March, where I’ll tell you all about the books I plan to read during this month.
I can’t stop thinking that the previous month I went a bit crazy with ALL of those readings and in the end, although I thought it would be fun, I get a little bit to stress about. You have to know something about me, I love to stick to my TBR, so when last month I couldn’t do it it was too much for me, so this month I prefer to be a bit more reasonable with the books that I choose and, in any case, I’ll add some as I go through the month. Yes, I’m very intense, but I really admire those people who have about 30 books in their monthly TBRs and they read 20 and that’s totally fine, it’s like SO ADMIRABLE, if I don’t end up reading one of my lists I feel bad, I have to work on that, though 😅
On the other hand, I‘m SUPER excited by the books that I’ve chosen for this month, I think it will be super fun, you’ll see that come of them have already been in my previous month TBR, but I really want to read them, so this month it will be happening guys, It’s not a drill  🙌🏻
I’ve planned a very exciting re-reading because you know that I love returning to my favorite worlds, I plan to finally read two books that I’ve been waiting for a lot to read, one of them a sequel and a new release. On the other hand, as always, I also have an ARC that sounds like too much fun, and a book that I feel will be a 5 stars read. As you can see, I’m really EXCITED by my list, so I can’t wait to share it with you.
This month I will not be participating in any challenge or read-a-thon because there are very specific books that I want to read, but maybe in the next month I’ll do it, so without further ado let’s START! 🌷

⚔️ It’s ALL about The Grishaverse 🔥

The Shadow and Bone Trilogy by Leigh Bardugo

All this will feel like a Deja Vu, I know!, but this month I’ll finally be re-reading this beautiful and wonderful trilogy that I love so much, if I have to be honest with you, I want to re-read it especially because I’m DYING to read about Alina, The Darkling and about Nikolai again, I can’t wait. I also LOVE the universe, and I feel it will be super fun to go back into it and imagine everything as it was the first time

Welcome to the world of the Grisha.

Kaz Brekker and his crew of deadly outcasts have just pulled off a heist so daring even they didn’t think they’d survive. But instead of divvying up a fat reward, they’re right back to fighting for their lives.

Double-crossed and badly weakened, the crew is low on resources, allies, and hope. As powerful forces from around the world descend on Ketterdam to root out the secrets of the dangerous drug known as jurda parem, old rivals and new enemies emerge to challenge Kaz’s cunning and test the team’s fragile loyalties.

A war will be waged on the city’s dark and twisting streets – a battle for revenge and redemption that will decide the fate of the Grisha world.

Finally, I’ll be reading this beautiful book for the first time, and I’m super excited!. I know I’m reading everything in a messy way, but that’s me lol

And finally, into the Grisha Universe, I’ll be reading about my beloved Nikolai. And about this book I’ve heard so many mixed things, it’s crazy, so I’ll try to go for it with my lower expectations, although I confess that it will be difficult because I’m too excited to read about it and also the synopsis sounds like a lot of action, I hope it’s amazing 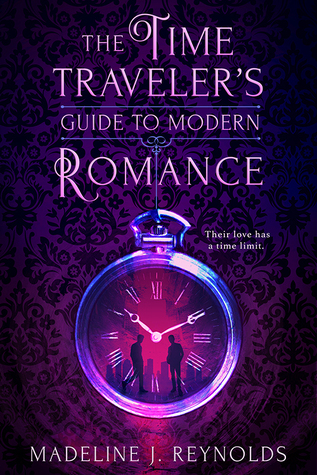 Elias Caldwell needs more than his life in nineteenth-century England has to offer. He’d rather go on an adventure than spend one more minute at some stuffy party. When his grandfather gives him a pocket watch he claims can transport him to any place and time, Elias doesn’t believe it…until he’s whisked away to twenty-first-century America.

Tyler Forrester just wants to fall hopelessly in love. But making that kind of connection with someone has been more of a dream than reality. Then a boy appears out of thin air, a boy from the past. As he helps Elias navigate a strange new world for him, introducing him to the wonders of espresso, binge-watching, and rock and roll, Tyler discovers Elias is exactly who he was missing.

But their love has time limit. Elias’s disappearance from the past has had devastating side effects, and now he must choose where he truly belongs—in the Victorian era, or with the boy who took him on an adventure he never dreamed possible?

This book sounds so adorable and perfect. It’s a time travel story with a romance between two boys that challenges time and OMG, why it sounds SO sweet? I CAN’T WAIT! 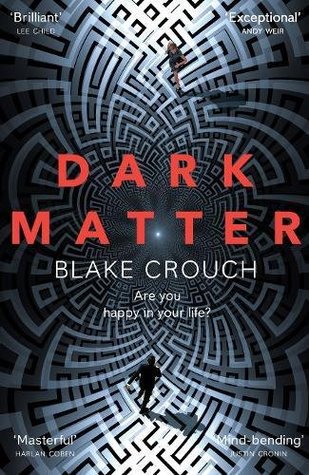 “Are you happy with your life?”

Those are the last words Jason Dessen hears before the masked abductor knocks him unconscious.

Before he awakens to find himself strapped to a gurney, surrounded by strangers in hazmat suits.

Before a man Jason’s never met smiles down at him and says, “Welcome back, my friend.”

In this world he’s woken up to, Jason’s life is not the one he knows. His wife is not his wife. His son was never born. And Jason is not an ordinary college physics professor, but a celebrated genius who has achieved something remarkable. Something impossible.

Is it this world or the other that’s the dream? And even if the home he remembers is real, how can Jason possibly make it back to the family he loves? The answers lie in a journey more wondrous and horrifying than anything he could’ve imagined—one that will force him to confront the darkest parts of himself even as he battles a terrifying, seemingly unbeatable foe.

From the author of the bestselling Wayward Pines trilogy, Dark Matter is a brilliantly plotted tale that is at once sweeping and intimate, mind-bendingly strange and profoundly human—a relentlessly surprising science-fiction thriller about choices, paths not taken, and how far we’ll go to claim the lives we dream of.

THIS BOOK SOUNDS SO INCREDIBLE !!
Honestly, I feel that I going to love it, not only for the things I’ve heard about it but because it sounds exactly like the kind of plot I usually enjoy in films, so I have a lot of expectations.