Title: A Reaper at the Gates (An Ember in the Ashes #3)

Beyond the Empire and within it, the threat of war looms ever larger.

The Blood Shrike, Helene Aquilla, is assailed on all sides. Emperor Marcus, haunted by his past, grows increasingly unstable, while the Commandant capitalizes on his madness to bolster her own power. As Helene searches for a way to hold back the approaching darkness, her sister’s life and the lives of all those in the Empire hang in the balance.

Far to the east, Laia of Serra knows the fate of the world lies not in the machinations of the Martial court, but in stopping the Nightbringer. But while hunting for a way to bring him down, Laia faces unexpected threats from those she hoped would aid her, and is drawn into a battle she never thought she’d have to fight.

And in the land between the living and the dead, Elias Veturius has given up his freedom to serve as Soul Catcher. But in doing so, he has vowed himself to an ancient power that will stop at nothing to ensure Elias’s devotion–even at the cost of his humanity.

🌸 Book One: An Ember in the Ashes by Sabaa Tahir

🌸 Book Two: A Torch Against the Night by Sabaa Tahir

OMG, this book wants to kill me. LOVED IT, it’s so intense and challenging, really INCREDIBLE. I think it’s one of my favorites of the series so far, so many things happen in it, it even felt like reading more than one book, maybe because it’s a 500 pages book, but actually I think it’s because the author makes an incredible work with the plot and leaves no room for boredom. This third book is the darkest and most intense so far, and I enjoyed every moment. 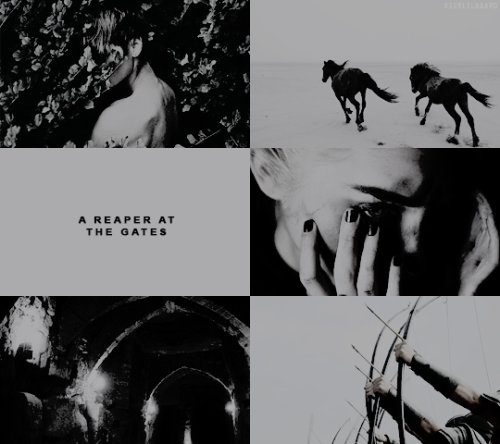 I can’t tell you exactly what this book is about because they would be BIG spoilers of the previous book, so if you haven’t started with this series yet, I recommend you don’t read the synopsis, on the other hand, my review is completely spoilers free, so everyone can know my thoughts about it

It’s such an intense book, there are many things happening and that means that there’s not a moment of rest in it, it was even a bit overwhelming since there is so much information, and incredibly powerful scenes happening. Anyway, I enjoyed it a lot, it’s a book very rich in content and despite being quite long, it’s not difficult to read at all. I confess that I could have finished it before, but I didn’t want to rush since I was enjoying it so much. Darkness and tragedy are protagonists of this book in particular, especially when the characters are forced to finally face their worst fears. There are several revelations that are REALLY good, especially one of them, that I didn’t see coming at all, and left me in SHOCK

The feared war is finally happening, and WOW is really impressive, this war will give us scenes as devastating as shocking. It feels a lot like a movie, it’s described in a heartbreaking way that will make you feel as if you were there. On certain occasions I had to stop and put the book down before continuing because that’s how intense it was, anyway it’s worth it, it will leave you breathless.

The author is so smart building stories and characters, they feel very real. And this time we see our beloved main characters going through almost impossible challenges, putting themselves to test every moment, giving up a lot for the common good and it’s really admirable.

Elias is SO GREAT, due to the circumstances that have put him where he is now, Elias has had the most drastic change of all in this book. And he is forced to give up everything he loves to face his destiny and fulfill his promise. And it’s so devastating, I adore my baby, so seeing him like this with all the weight that there’s over him, made me feel very sorry for him, but at the same time I think it was a very interesting turn and I feel that it will be even more attractive in the next book.

Laia is still a character that I love and admire a lot. I think she’s kind of alone in everything that’s happening, but even so, she continues to fight and shows, again and again, the great woman and the great fighter she is. In this particular book, she shows us the great heart and great humanity that she possesses as well, in addition to the great leader she can become. It’s amazing how much she loves her people and how much she has grown up, really extraordinary. She’s also the protagonist of the best scenes of plot twists so you have to be very prepared for that. But without doubts, it’s one of those characters that I usually like, intelligent and astute. I look forward to seeing what the next book will bring for her.

I must say that I feel disappointed by the role of Dain in the book, maybe I expected a little more from him, but he ends up being a character who’s only there and although he has good parts with Laia, I wasn’t impressed. I end up liking Musa way more, he’s a new character that I think will be very important, even more than it already was, in the next book

Helene is such a strong person, honestly, after finishing the book I can appreciate her more than in the previous books. I’ve never been a big fan of her character, but right now I can understand why so many of you love her. In fact, the final scenes that have her as protagonists are of my favorites, there’s so much tension, action, sacrifice, and struggle, it’s INCREDIBLE, I have no words. I always knew that she’s a very powerful and strong woman, but in this book she overcomes herself. I loved her in this book, I think it was where she stood out the most. In addition, the scenes with her sister were EVERYTHING.

No character is really bad, everyone has their place and they play a fundamental role in the plot, especially The Nightbringer, which I think is a great villain, The Cook that simply WOW, I can’t believe her role in this book, and the Commander whom I hate more and more every day lol

I’m very pleased to see how the romance worked this time, it wasn’t heavy at all, and it plays a very minor role in the plot, which I LOVED. I don’t think these books and the story are made on the basis of a romance, so it’s not something I want to see too much when I’m reading, you know? I really enjoy the political part and the characters challenges in general, so I’m glad that this book is more focused on that. On the other hand, there’s some romance, of course, and it’s WONDERFUL, full of passion and feelings, but the fact that they’re very few makes it even better, in my opinion. I have to mention how much I love Elias and Laia together because otherwise, it would be a very weird review lol. They’re simply beautiful together, they make me suffer and fall in love every time

In this opportunity I feel that the supernatural elements stand out a lot, it’s a main point in the plot. I love the idea of the author when developing this aspect, as ghosts, geniuses, and other creatures, are sensational and super creepy.

I love the writing style, it’s complex but at the same time very easy to read, which is great. Even so, I have to mention that I felt a bit confused about the world building. I don’t feel that it’s so well organized, and it’s very strange, at times I wasn’t sure where the characters were at or how they got to each place. Maybe because this world is so big and complex, it was really hard for me to feel located in it. Even so, the story is so good that this wasn’t a big problem, but I feel I should mention it

Well, in summary, and to finish, I LOVED this book, is very complex, many things happen, but the word that best describes it’s INTENSE, each scene will leave you waiting for more and wanting to continue reading. Will fill you with feelings and emotions, you’ll go from anger to love in a couple of chapters and you’ll see that this story will never cease to surprise you, I recommend it a lot. I NEED THE NEXT ONE!