💞 Hi guys, I hope you’re having an incredible day. Today and finally, I bring you one of my favorite post to see and to do and that’s my favorite books of the years!!. I was looking forward to doing this post for a few days now, but I haven’t had the time so here it is, and I’m super excited
I‘ll be showing you my top 10 books of the year, and you can see its synopsis along with the Goodreads link and another one that will take you directly to My Review, spoiler free, in case you want to know more about it.
In this case, I’ll try to describe each book with a few words so to not start talking and talking without being able to stop myself lol, because, as you imagined, I LOVE each one of these books, they have been all captivating, magical and beautiful stories.
This list will be sorted from my least favorite, to my most favorite of the year, anyway even my least favorite is AMAZING, so I want you to know that, it will be difficult to choose but I’ll try.
Finally, I want to clarify how I have also done last year, that my favorite books aren’t always 5 stars, I think that the following books have a rating of 4 to 5 stars.
I highly recommend that you check each out of these titles!. So, without further ado, let’s START!💞

10 || The Seven Husbands of Evelyn Hugo by Taylor Jenkins Reid

Aging and reclusive Hollywood movie icon Evelyn Hugo is finally ready to tell the truth about her glamorous and scandalous life. But when she chooses unknown magazine reporter Monique Grant for the job, no one is more astounded than Monique herself. Why her? Why now?

Monique is not exactly on top of the world. Her husband has left her, and her professional life is going nowhere. Regardless of why Evelyn has selected her to write her biography, Monique is determined to use this opportunity to jumpstart her career.

Summoned to Evelyn’s luxurious apartment, Monique listens in fascination as the actress tells her story. From making her way to Los Angeles in the 1950s to her decision to leave show business in the ’80s, and, of course, the seven husbands along the way, Evelyn unspools a tale of ruthless ambition, unexpected friendship, and a great forbidden love. Monique begins to feel a very real connection to the legendary star, but as Evelyn’s story near its conclusion, it becomes clear that her life intersects with Monique’s own in tragic and irreversible ways.

Written with Reid’s signature talent for creating “complex, likable characters” (Real Simple), this is a mesmerizing journey through the splendor of old Hollywood into the harsh realities of the present day as two women struggle with what it means -and what it costs- to face the truth. 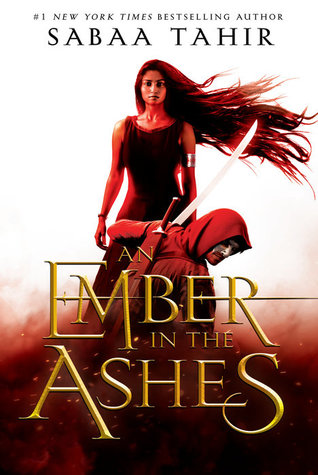 Laia is a slave. Elias is a soldier. Neither is free.

Under the Martial Empire, defiance is met with death. Those who do not vow their blood and bodies to the Emperor risk the execution of their loved ones and the destruction of all they hold dear.

It is in this brutal world, inspired by ancient Rome, that Laia lives with her grandparents and older brother. The family ekes out an existence in the Empire’s impoverished backstreets. They do not challenge the Empire. They’ve seen what happens to those who do.

But when Laia’s brother is arrested for treason, Laia is forced to make a decision. In exchange for help from rebels who promise to rescue her brother, she will risk her life to spy for them from within the Empire’s greatest military academy.

There, Laia meets Elias, the school’s finest soldier—and secretly, its most unwilling. Elias wants only to be free of the tyranny he’s being trained to enforce. He and Laia will soon realize that their destinies are intertwined—and that their choices will change the fate of the Empire itself.

Jude was seven when her parents were murdered and she and her two sisters were stolen away to live in the treacherous High Court of Faerie. Ten years later, Jude wants nothing more than to belong there, despite her mortality. But many of the fey despise humans. Especially Prince Cardan, the youngest and wickedest son of the High King.

As Jude becomes more deeply embroiled in palace intrigues and deceptions, she discovers her own capacity for trickery and bloodshed. But as betrayal threatens to drown the Courts of Faerie in violence, Jude will need to risk her life in a dangerous alliance to save her sisters, and Faerie itself.

Juliette Ferrars thought she’d won. She took over Sector 45, was named the new Supreme Commander, and now has Warner by her side. But she’s still the girl with the ability to kill with a single touch—and now she’s got the whole world in the palm of her hand. When tragedy hits, who will she become? Will she be able to control the power she wields and use it for good?

💞  The beginning of something big & new, full of important plot twists 💞

6 || The Dark Descent of Elizabeth Frankenstein by Kiersten White

4 || Emma in the Night by Wendy Walker

From the bestselling author of All Is Not Forgotten comes a thriller about two missing sisters, a twisted family, and what happens when one girl comes back…

One night three years ago, the Tanner sisters disappeared: fifteen-year-old Cass and seventeen-year-old Emma. Three years later, Cass returns, without her sister Emma. Her story is one of kidnapping and betrayal, of a mysterious island where the two were held. But to forensic psychiatrist Dr. Abby Winter, something doesn’t add up. Looking deep within this dysfunctional family Dr. Winter uncovers a life where boundaries were violated and a narcissistic parent held sway. And where one sister’s return might just be the beginning of the crime.

💞  dark, creepy and twisted story that doesn’t stop surprising you with each chapter 💞

💞  A captivating conclusion for a unique story, with EXCELLENT characters 💞

2 || The Wicked Deep by Shea Ernshaw

💞  suspense, intrigue and magic are just one of the condiments of this incredible and atmospheric history 💞

💞  Friendship, love and family are just some of the things that this BEAUTIFUL & BRILLIANT book touches, along with sexual identity and personal discoveries. You’ll live a unique story like few others 💞

What was your favorite book that you read this year?
I know it’s hard to choose one so I’ll let you tell me two ❤️