What if all the crushes you ever had found out how you felt about them… all at once?

Sixteen-year-old Lara Jean Song keeps her love letters in a hatbox her mother gave her. They aren’t love letters that anyone else wrote for her; these are ones she’s written. One for every boy she’s ever loved—five in all. When she writes, she pours out her heart and soul and says all the things she would never say in real life, because her letters are for her eyes only. Until the day her secret letters are mailed, and suddenly, Lara Jean’s love life goes from imaginary to out of control.

I enjoyed this book, especially the writing style, who as always is super light, easy to read and addictive, I love that about this writer. I’m super pleased to finally have read a book with so much hype, it was about time!. Now I’m super excited because I can see the movie! 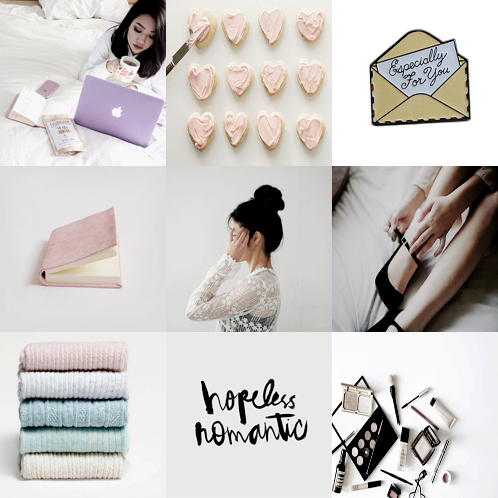 Well I think that by this time everyone knows what this book is about, but I’ll explain it anyway very briefly just in case. The book follows Lara Jean, she has written a letter to each of the boys she has been in love with during her life, but she has never sent them, but keeps them only for herself. Until one day these letters are sent unexpectedly and all the feelings of Lara Jean are revealed and it’s from here that the story begins

I confess that I’d expected, before reading it, something adorable and easy to read coming from Jenny Han, I love several of her works, especially the trilogy The Summer I Turned Pretty, so I kind of knew what I would find in this book. It’s very good when you feel that a book is light and you’re having fun with it, that’s always welcome, and I think it’s the strongest thing about the book. And even when I had a good time with it, I don’t feel that I’ve been as impressed as everyone else, I think I have read better romantic plots before and this has some points that were a bit “Meh” for me and I’ll clarify which are later

First of all I will not talk much about Jenny Han’s writing style because I think it’s clear that I LOVE her, she’s one of my favorite writers and I always know that I can find something absolutely addictive with her books. So I’ll immediately talk a little about the plot in general ….

I think the promise of the book is great, I loved Lara Jean writing letters to the guys she has fallen in love with no intention of sending them, I feel that it’s something that she does to herself, putting all her feelings in a paper, I think it’s something very special and healthy to do. Even so I would have liked to see a greater development on this subject in particular and I would have loved that the center of the story were these letters and what they caused, but unfortunately I think that the plot deviates completely and the letters theme it ends up not having so much weight after all.

As for the characters, I haven’t really fallen in love with any of them, I think that most of them are quite naive and immature, especially Lara Jean, she’s SO dramatic, at times , was really hard to stand her. I feel that she’s a very immature character for her age and I think she really creates more drama, inside her head, than there really is and everything ends in an even bigger problem. I love relationships between sisters developed in books, but this time I’m not really sure, I quite liked Margot, I think that as an older sister she has had to take many responsibilities after her mother’s death and I can understand that’s why she’s a bit bossy at times, but I feel that despite some unnecessary drama scenes, she really loves her sisters and I’ve felt it,as an older sister myself, I felt closer to this character than to other ones. And then we have Kitty and OMG, don’t kill me guys, but this character is so annoying , I think all this will be quite controversial but I can’t lie to you

On the other hand, I LOVE the father of the girls, he’s a great man, so sweet and present, I adore the parents figures who raise their daughters alone, I’ve always admired that.

I’ve never heard so much about a character as I’ve heard about Peter Kavinsky, this guy is everywhere! I haven’t seen the movie yet but I’ve seen images of the actor who plays it and he’s BEAUTIFUL, so I understand alot now lol. Well, I’ll talk a little about romance and good news: I ENJOYED it! YAY!!! I really loved Peter and Lara Jane scenes together, I think they’re fun and they have made me laugh, I’ve also found myself smiling like an idiot in some scenes where they just look at each other, so I must confess I understand the hype around this relationship . On the other hand, I REALLY like Josh as a person, I think he’s a very sweet guy, the only problem I had with him is that I don’t like his romantic aspect , I don’t understand his lack of decision or his confusion about what to do, it’s weird, I think if you feel something for someone you should have it more clear and more when there are sisters involved!, jusy saying

This is one of the most difficult reviews because I know that everyone loves this book and I still have that kind of unpopular opinion, but I don’t want you to get confused about, Yes, I had some problems with the book, I don’t think they’re memorable characters for me, but I still ENJOYED it, it’s entertaining and it’s a story that you easily read in a day, it’s not heavy at all and I also love Jenny Han, so reading a book from her is always something special for me.
I’m very curious about the following book, because of course I’ll be reading it, I wish to find a growth basically of all the characters, much more romance and more of those incredible dialogues that only Jenny Han can write

30 thoughts on “Book Review: To All the Boys I’ve Loved Before by Jenny Han”