I’ve been so busy this week, it really sucks, I’m so sorry for not being able to upload as many posts as I usually do, but I know you feel me, I guess we all have this type of week sometimes.
I take advantage of this post to tell you that I’m currently reading Let’s Talk About Love by Claire Kann and I’m enjoying it, the only reason why I haven’t finished it’s because I haven’t had the time, but it’s a really light , fun and honest book. I hope to finish it this weekend and upload a review about it (hopefully) 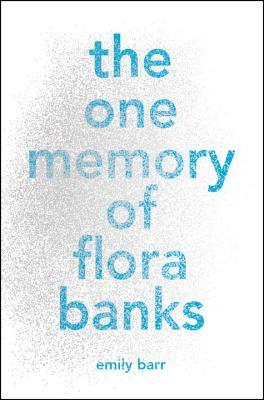 It’s not a lie if you can’t remember the truth.

With little more than the words “be brave” inked into her skin, and written reminders of who she is and why her memory is so limited, Flora sets off on an impossible journey to Svalbard, Norway—the land of the midnight sun—determined to find Drake. But from the moment she arrives in the Arctic, nothing is quite as it seems, and Flora must “be brave” if she is ever to learn the truth about herself, and to make it safely home.

“We were all heading for each other on a collision course, no matter what. Maybe some people are just meant to be in the same story.”

At first, Jude and her twin brother Noah, are inseparable. Noah draws constantly and is falling in love with the charismatic boy next door, while daredevil Jude wears red-red lipstick, cliff-dives, and does all the talking for both of them.

Years later, they are barely speaking. Something has happened to change the twins in different yet equally devastating ways . . . but then Jude meets an intriguing, irresistible boy and a mysterious new mentor.

The early years are Noah’s to tell; the later years are Jude’s. But they each have only half the story, and if they can only find their way back to one another, they’ll have a chance to remake their world.

This radiant, award-winning novel from the acclaimed author of The Sky Is Everywhere will leave you breathless and teary and laughing—often all at once. 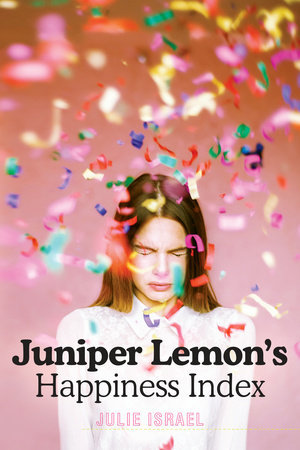 It’s been sixty-five days since the accident that killed Juniper’s sister, and ripped Juniper’s world apart.

Then she finds the love letter: written by Camilla on the day of the accident, addressed mysteriously to “You,” but never sent. Desperate to learn You’s identity and deliver the message, Juniper starts to investigate.

Until she loses something. A card from her Happiness Index: a ritual started by sunny Camie for logging positives each day. It’s what’s been holding Juniper together since her death – but a lost card only widens the hole she left behind. And this particular card contains Juniper’s own dark secret: a memory she can’t let anyone else find out.

The search for You and her card take Juniper to even less expected places, and as she connects with those whose secrets she upturns in the effort, she may just find the means to make peace with her own.

This is a smart, funny, poignant book guaranteed to make you laugh and cry – and maybe even take notes.

From the author of the unforgettable New York Times bestseller We Were Liars comes a masterful new psychological suspense novel–the story of a young woman whose diabolical smarts are her ticket into a charmed life. But how many times can someone reinvent themselves? You be the judge.

Imogen is a runaway heiress, an orphan, a cook, and a cheat.
Jule is a fighter, a social chameleon, and an athlete.
An intense friendship. A disappearance. A murder, or maybe two.
A bad romance, or maybe three.
Blunt objects, disguises, blood, and chocolate. The American dream, superheroes, spies, and villains.
A girl who refuses to give people what they want from her.
A girl who refuses to be the person she once was.

Praise for E. Lockhart’s We Were Liars

“[It] will leave you dying to talk about the book with a pal or ten.” –Parade.com

“You’re going to want to remember the title. Liars details the summers of a girl who harbors a dark secret, and delivers a satisfying but shocking twist ending.” –Entertainment Weekly

“An ambitious novel with an engaging voice, a clever plot and some terrific writing.” –The New York Times Book Review

“Thrilling, beautiful, and blisteringly smart, We Were Liars is utterly unforgettable.” –John Green, #1 New York Timesbestselling author of The Fault in Our Stars