Hello everyone! I hope you are having a great Friday.
Today I bring you a meme that I have found by mollysbooknook and is hosted by booksandabeat 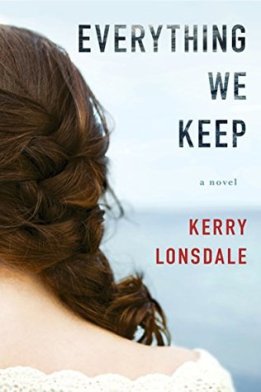 A luminous debut with unexpected twists, Everything We Keep explores the devastation of loss, the euphoria of finding love again, and the pulse-racing repercussions of discovering the truth about the ones we hold dear and the lengths they will go to protect us.

Sous chef Aimee Tierney has the perfect recipe for the perfect life: marry her childhood sweetheart, raise a family, and buy out her parents’ restaurant. But when her fiancé, James Donato, vanishes in a boating accident, her well-baked future is swept out to sea. Instead of walking down the aisle on their wedding day, Aimee is at James’s funeral—a funeral that leaves her more unsettled than at peace.

As Aimee struggles to reconstruct her life, she delves deeper into James’s disappearance. What she uncovers is an ocean of secrets that make her question everything about the life they built together. And just below the surface is a truth that may set Aimee free…or shatter her forever.

A fast-paced, nerve-fraying contemporary thriller that questions loyalties and twists

Appearances can be deceiving.

In the Community, life seems perfect. After the 9/11 terrorist attacks, Pioneer invited Lyla’s family to join his group and escape the evil in the world. They were happy to be chosen, happy to move away from New York and start over in such an idyllic gated community. Now seventeen, Lyla knows that Pioneer is more than just their charismatic leader, he is their prophet . . . but his visions have grown dark.

Lyla is a loyal member of the Community, but a chance encounter with an outsider boy has her questioning Pioneer, the Community—everything. And if there’s one thing not allowed in the Community, it’s doubt. Her family and friends are certain in their belief. Lyla wishes she could feel the same. As Pioneer begins to manipulate his flock toward disaster, the question remains: Will Lyla follow them over the edge?

From the outside looking in, it’s hard to understand why anyone would join a cult. But Gated tells the story of the Community from the inside looking out, and from behind the gates things are not quite so simple. Amy Christine Parker’s beautiful writing creates a chilling, utterly unique YA story. Perfect for fans of creepy thrillers and contemporary fiction alike. 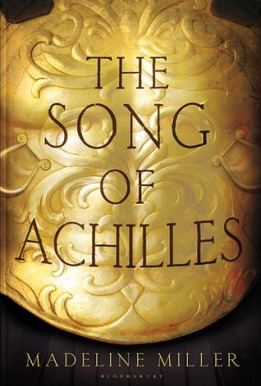 Greece in the age of heroes. Patroclus, an awkward young prince, has been exiled to the court of King Peleus and his perfect son Achilles. Despite their difference, Achilles befriends the shamed prince, and as they grow into young men skilled in the arts of war and medicine, their bond blossoms into something deeper – despite the displeasure of Achilles’ mother Thetis, a cruel sea goddess.

But when word comes that Helen of Sparta has been kidnapped, Achilles must go to war in distant Troy and fulfill his destiny. Torn between love and fear for his friend, Patroclus goes with him, little knowing that the years that follow will test everything they hold dear.

They lived and they laughed…and they saw that it was good. 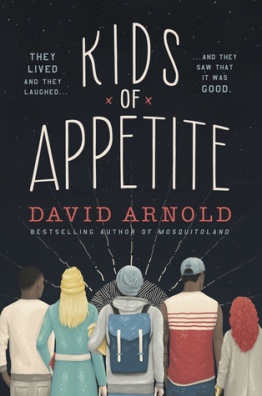 Victor Benucci and Madeline Falco have a story to tell. It begins with the death of Vic’s father. It ends with the murder of Mad’s uncle. The Hackensack Police Department would very much like to hear it. But in order to tell their story, Vic and Mad must focus on all the chapters in between.

This is a story about:

1. A coded mission to scatter ashes across New Jersey.
2. The momentous nature of the Palisades in winter.
3. One dormant submarine.
4. Two songs about flowers.
5. Being cool in the traditional sense.
6. Sunsets & ice cream & orchards & graveyards.
7. Simultaneous extreme opposites.
8. A narrow escape from a war-torn country.
9. A story collector.
10. How to listen to someone who does not talk.
11. Falling in love with a painting.
12. Falling in love with a song.
13. Falling in love.

Jack the Ripper is back, and he’s coming for Rory next….

Louisiana teenager Rory Deveaux arrives in London to start a new life at boarding school just as a series of brutal murders mimicking the horrific Jack the Ripper killing spree of more than a century ago has broken out across the city. The police are left with few leads and no witnesses. Except one. Rory spotted the man believed to be the prime suspect. But she is the only one who saw him – the only one who can see him. And now Rory has become his next target…unless she can tap her previously unknown abilities to turn the tables.